I've been away for a bit. My dad is really ill right now. He has Guillain Barre and has been in the ICU since April 3rd. It looks like he is on the slow road back to health, but it will take months of rehab to just be able to walk. Right now were just looking forward to the day he can breath on his own, talk, and feed himself. He keeps asking when he can go home, eat real food, and drink a beer. Its the saddest thing ever to see him like this. He's never been helpless in my lifetime.

Here we goes with NOTDs!

I wanted a red like a sports car. I used to have a '96 Honda Prelude and it was this color. This is a jelly. Its so shiny, it looks like glass. 3 coats here. 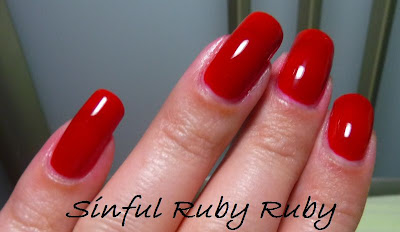 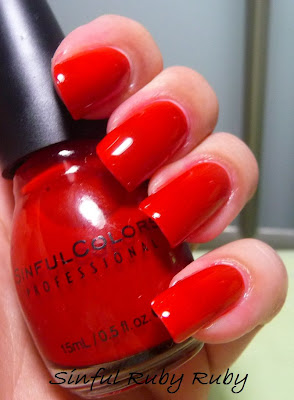 I have had OPI Mad as a Hatter for some time now, yet had never worn it until this mani. I like glitter, but I try not to wear it too often, because removal of it isn't kind to your nails. Now that my peeling nails seem to have lessened, I might start indulging in glitter more. The accent nail is one coat of MAAH over the Misa WOAS. Please forgive my tip wear.. I had been wearing this a day or 2 before the picture.

You know, I love Misa. I wish they put out more collections regularly. They just apply so nicely. I am waiting on a big Misa haul right now. I didn't order any new collections, just things I've been lemming for a while now. 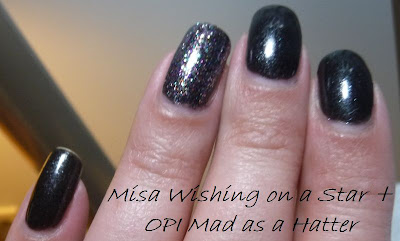 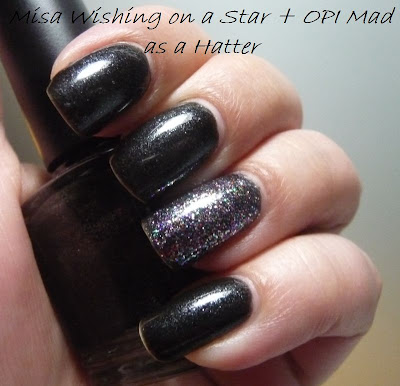 This is my first Claire's mani. This polish has a strange consistency... sort of plasticky. It dried matte and looked like vinyl before I applied Seche Vitae. After the SV, it looks amazing! Its really quite green in real life... looks nothing like blue to me. I think the name doesn't really fit. 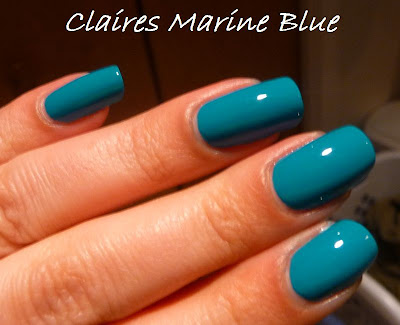 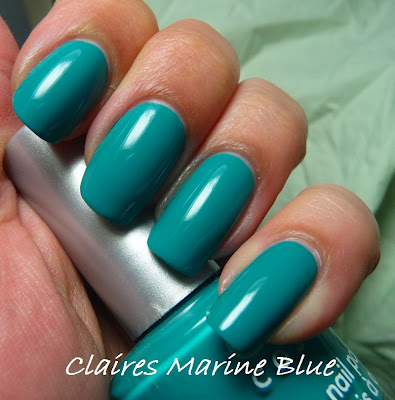 This is holo goodness! I had been out of the world of polish for a couple decades until last summer I saw a picture of OMG. I thought the name was quite appropriate! I had never seen holo's before and had no idea nail polish could do this! I decided to start collecting immediately! Now I probably have close to 500 polishes.

You know, I'm not even sure I ever wore a full mani of OMG before this mani. I pulled it out a couple weeks ago and it was like "OMG!" all over again. 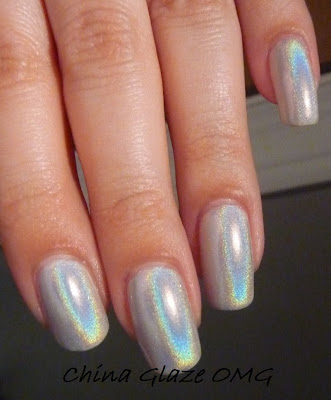 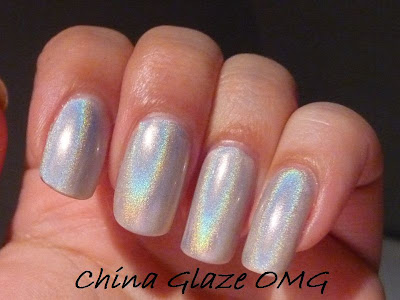